Henna, often known as mehendi, is a symbol of luck and happiness. Not just during weddings but also during a number of other occasions, mehndi is applied. Mehndi styles range from simple flower patterns to ornate Arabic patterns, among many others. 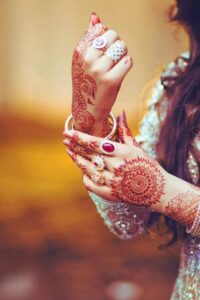 We have provided a collection of the best new mehndi design ideas here. 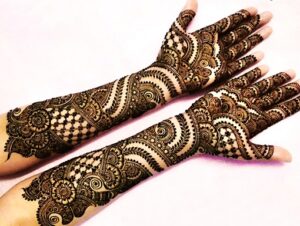 These types of Indian mehndi designs are timeless and feature floral, leaf, and paisley motifs. They combine classic design with aesthetic beauty. 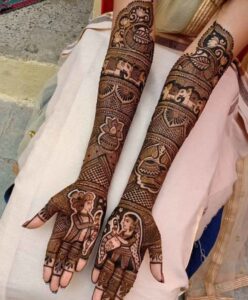 Caricature mehndi designs are popular and present original stories. On their mehndi, brides incorporate special moments they have had with their partners. These brides went above and above to create the ultimate bridal mehndi. 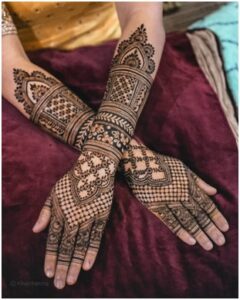 Moroccan Mehndi Designs are a fashionable, one-of-a-kind form of traditional mehndi art. This delicate and smallest Moroccan pattern is perfect if you want a new mehndi design on your hands. 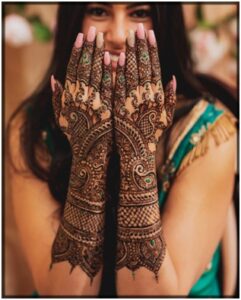 Simple flower and mandala patterns are used in Arabic mehndi designs. It produces amazing designs and patterns that appear complex but are not. 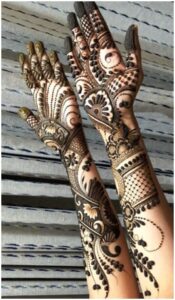 The mehndi trend has been adopted by Western culture. Henna tattoos done in the western mehndi style are becoming incredibly trendy. The designs range from wacky patterns to geometrical shapes.