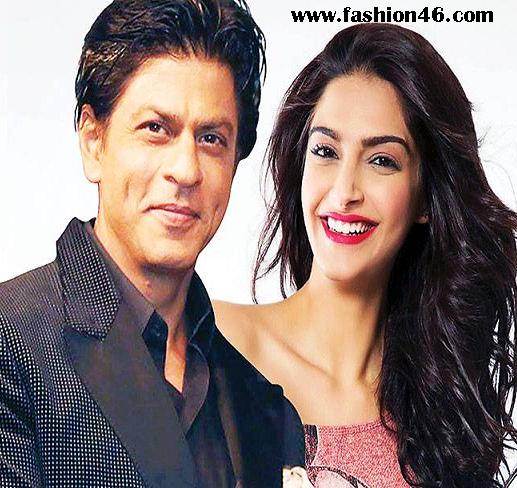 In this post we are going to share latest bollywood celebrity news about their upcoming movies. You know we are talking about SRK and Sonam Kapoor that Shah Rukh Khan going to romance with Sonam Kapoor. Sonam Kapoor has signed project with Shahrukh Khan where Sonam would be playing romantic role she in Raees, If we talk about release date of this drama film so it is set to release in July 17, 2015 and it is directed by Rahul Dholakia.
Moreover, after working with Salman Khan this is brilliant chance to work with Shahrukh khan. Everybody is waiting for this film because people want to Shahrukh and Sonam chemistry. Very funny question asked by reporter to Sonam that as we all know that you worked with Salman and now you are shifting to Shahrukh khan camp so she replied well that bollywood hot actress Deepika padukone has done film with Shahrukh khan and now she is going to work with Salman Khan.
People also know that Deepika Padukone and Sonam Kapoor are not mainly the best of friends in addition to the same controversy clear through Sonam Kapoor who give commnets on Deepika cleavage controversy that “people have to stop objectifying them”. In the conclusion we want to say that we hope that our reader would like this latest bollywood news.
Shah Rukh Khan going to romance with Sonam Kapoor:

Spring and summer are right around the corner and with them, new trends. And while most

How Acupuncture help with Hand and Wrist Pain?

The fashion industry and beauty & skincare trends go hand in hand. These industries are becoming

Dressing up nice is a dream of every man and woman. Whether it’s a big event

5 Steps to Choosing a Winter Jacket that Fits Your Need

Getting the right jacket is something you can’t skip when winter comes howling in. But as